After dominating much of 2011, the past year has been bit of a downer for the Purple Rose of Chicago. Last September, Grant Thornton reached its apex when the firm was crowned king of the hill in Vault's 50. Unfortunately, they were shoved off the pile by Ernst & Young less than a year later and things seemed to snowball from there. Back in February, the firm thought it would be a good idea to start handing out temporary tattoos to its employees which subjected all of us to frightening images that could easily been avoided had someone – ANYONE! – recognized that this was an awful idea.

Then there was an "insect issue" one of the firm's New York offices. Then some bookworms called attention to the firm's new slogan and perhaps its unintended message. Then came temporary tattoos for laptops. There was trouble at every turn. The summer was relatively quiet, but now that people are waking from their season of hibernation, we've received word that another marketing meltdown has occurred in the Midwest:

The GT Cincinnati office mailed the Controller of my company golf balls in a sack with a label that says "an instinct for growth" … They literally mailed ball sacks. The only way to make this funnier would be if the bag was a flesh tone! I'm not sure if other GT offices are doing this but definitely Cincinnati.

Maybe you won't see a resemblance to the most delicate parts of the male species but take a look for yourself on the next page. 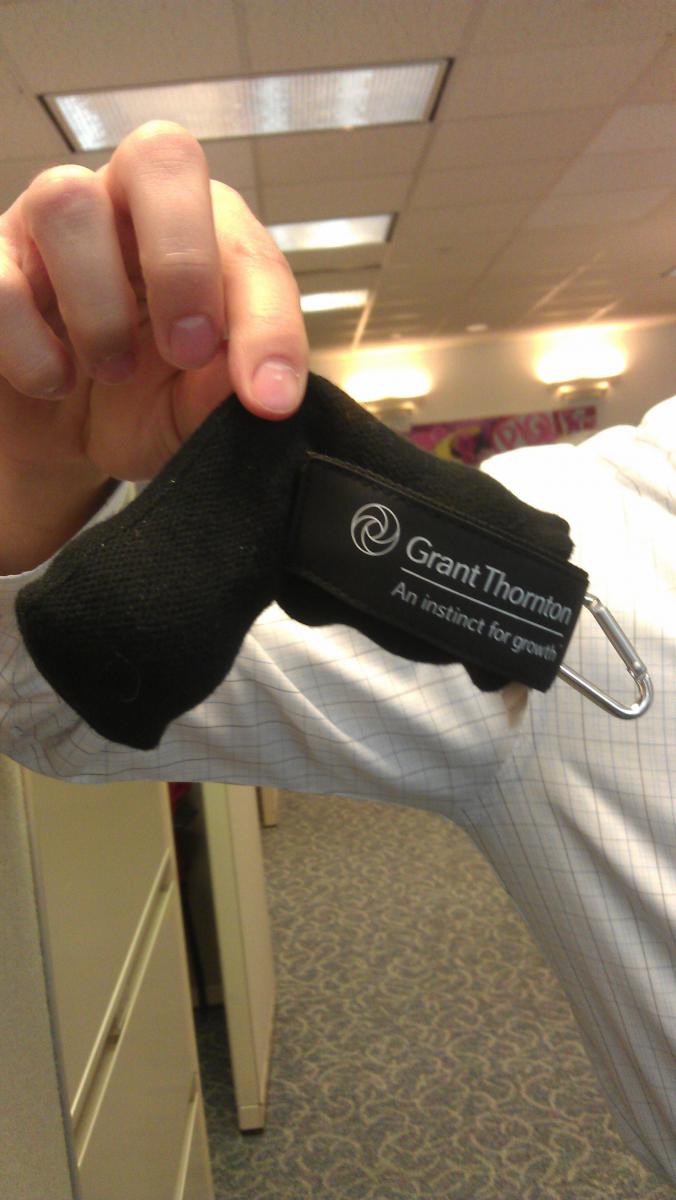 Adrienne seems to think that the way the sack is being held indicates that there is an ick factor here and thus making this yet another GT swag failure but again, we'll let you judge.