Over the last several months, we've noted some surprising shifts within the accounting profession, specifically around workplace flexibility and employee perks. Recently, we've seen Crowe Horwath announce both a "work anywhere (as long as your manager approves it)" and a "wear anything (as long as it's still professional and appropriate)"  policy. Fellow Chicago resident Baker Tilly announced a similar policy related to a more casual dress code. 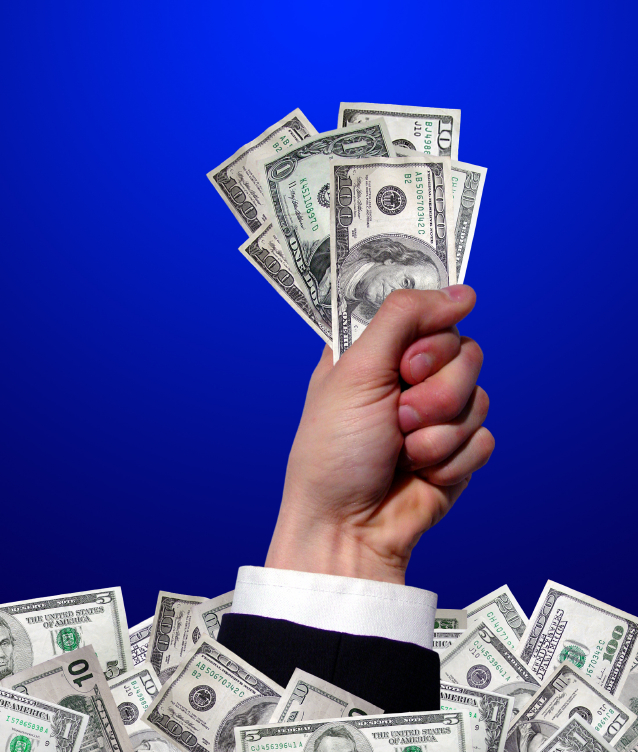 Over the last several months, we've noted some surprising shifts within the accounting profession, specifically around workplace flexibility and employee perks. Recently, we've seen Crowe Horwath announce both a "work anywhere (as long as your manager approves it)" and a "wear anything (as long as it's still professional and appropriate)"  policy. Fellow Chicago resident Baker Tilly announced a similar policy related to a more casual dress code.

Last year, both PwC and Grant Thornton got headlines for offering tuition reimbursement and unlimited vacation respectively. It's quite a time to be a young accountant watching these firms throw all these perks around.

And now the Wall Street Journal reports on latest trend in talent bribery: housing stipends. The idea being that certain cities have ludicrously expensive housing costs, most notably San Francisco and New York, and companies want their employees to live close by so they don't hate their lives.

On weekend mornings, James Conelly heads down the street to the nearest, cheapest provider of coffee—his office.

The 28-year old data analyst lives less than a half-mile from his work in Mountain View, Calif., thanks to a $300 monthly housing stipend from his employer, Addepar Inc. Companies such as Addepar and Facebook Inc. are offering rent subsidies, house-hunting services and down-payment help for employees willing to live close to the office.

The perk helps these companies attract workers who might balk at moving to high-rent areas, such as Silicon Valley and New York City. And, managers say, employees who live in the neighborhood often work late and stay with the company longer.

“The less time you’re spending on commuting, the more time you can spend focusing on work or focusing on your friends and family,” said Lissa Minkin, who leads human resources at Addepar, a wealth-management software company.

In 2012, after executives noticed commutes were taking a toll on employees, the firm began offering workers $300 a month to live within one mile of the West Coast office or within 15 minutes to the firm’s Manhattan outpost. Those who live slightly further out are eligible for $150 a month. Employees can use the money, which is taxed, for paying rent or a mortgage.

Back in my KPMG days, I remember apportioning half of my monthly salary to pay rent for my apartment in the East Village. It wasn't the kind of decision that any Dave Ramsey or Suze Orman would recommend, but I didn't give a damn. Even now, I don't regret it, but still, if the firm had been throwing me $300 a month because I lived close to the office, it would've made life a bit more bearable. Who knows, maybe I would've stayed longer?? Haha, no. I got let go.

Anyway, offering a housing stipend is a diabolical move that accounting firms could easily exploit — long commutes make long hours even worse. If employees can shorten their commutes to 5-10 minutes, they could be getting several hours of their free time back every week. That would make them happy.

The drawbacks to having a short commute, however, is that you're more likely to stay at the office late (mentioned above as a benefit for employers) and some people simply don't want to live close to the office because they need a buffer zone:

[S]ome workers may find such programs “stifling,” according to Nancy Rothbard, a management professor at the University of Pennsylvania’s Wharton School who studies work-life boundaries.

She has identified a subset of workers she calls “segmentors,” who prefer to separate their professional and personal lives. Company policies that blur those lines lead segmentors to feel less satisfied and committed to their jobs—even if they personally don’t have to participate, she says.

Most small accounting firms won't do this of course. Some of them sneer at the idea of benefits like health insurance, 401ks and a third week of vacation, let alone a lavish giveaway just to improve their employees' quality of life.

But if a Big 4 or even a top 10 firm is finding it hard to stand out in this smorgasbord ‎of new benefits, offer a housing stipend would be just the thing to counter PwC's boasts about tuition reimbursement or the rodeo at Crowe.

Alright then, who wants a housing stipend? Would you consider a firm that offered one that you might otherwise ignore? Discuss.

[Updated on July 29 with three  job openings at Zeifmans.]  Welcome to Going Concern’s Hiring Tracker, which we hope becomes a resource for accounting professionals who recently lost their jobs during the COVID-19 crisis. We’re asking public accounting firms, companies with openings in their accounting/finance departments, and even nonprofits that need to hire some accounting […]