Latest
Why Pretty Much Everybody Should Major In Accounting This ‘Almost-Rockstar’-Developed 10-key Is the Best Thing to Happen to Accounting Since Microsoft Excel Friday Footnotes: Covid CPEhhhhh; How Much You Make; PwCer and Priest? | 8.14.20 Are Big 4 Salaries So Bad Staff Are Starting OnlyFans Accounts? Number of the Day: $9.14 Billion

Oh man. We've got another shill piece littering up the hack media today, this one brought to you by the fine folks at AOL so you know it's going to be good:

Deloitte LLP, a global professional services firm frequently on the Best Companies To Work At lists, is no exception. The company, which employs roughly 50,000 professional services workers, most of them accounting, auditing or tax professionals, says it receives about 500,000 applications a year. And only about 3.5 percent — 17,000 — are hired.

Seriously? We're comparing a public accounting firm to the Ivy League? Let's be real here, public accounting is more like a state school if anything. But hey, at least it's not community college or art school.

Unlike Deloitte setting their new hiring goal high, Harvard didn't come out and say they wanted to admit 250,000 more students over five years, which FINS figured out came out to 140 new hires at Deloitte a day. Of 34,302 applicants for the class of 2016, Harvard accepted 2,032 students or 5.9 percent of the pool. We aren't even comparing apples to apples here, people. Hell, we aren't even comparing apples to elephants.

I mean come on, we're really supposed to believe Deloitte is that picky? They hired this guy from Cal State Northridge back in the day: 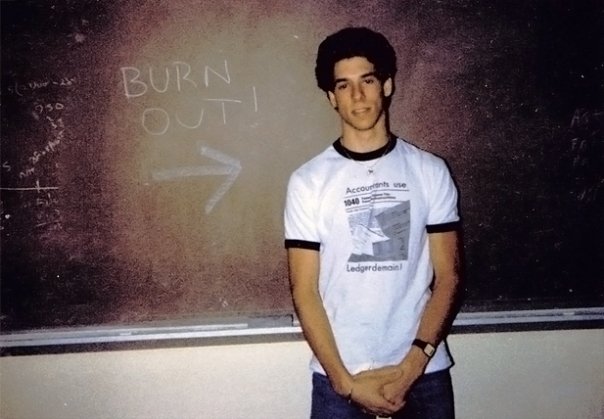 According to the AICPA's 2011 Trends in the Supply of Accounting Graduates and the Demand for Public Accounting Recruits report, 51,036 Bachelor's and 17,603 Master's degrees in Accounting were awarded in '09 – '10. According to that same report, 33,321 new accounting grads were hired across all firms in 2010. But Harvard isn't receiving 500,000 applications a year either so why are we even mentioning them?! Good one, AOL.

This stellar piece goes on to delve into a Q&A with chief talent officer Jen Steinmann. Noteworthy, this one:

Q: Lots of job hunters are frustrated by the online application process. How large a role do computers play in weeding out resumes?

A: A human being will look at all the resumes that come our way. A computer may help with keyword searches to sort through resumes, but we have people looking at resumes. Deloitte is a company that specializes in professional services, so that's how we operate. We can tell when someone has put in a standard form and are canvassing a lot of companies. Yet if that applicant has the right metrics, all the things we want to see, we'll talk to them. But we will make a note of what we glean.

Deloitte seriously has human beings scanning 500,000 résumés a year? That's terribly efficient. No wonder they need to hire 50,000 more people a year, they need at least 10,000 just to read résumés.

Another winner from this Q&A, Jen tells everyone not to take no for an answer, even though Deloitte is clearly too elite for your pathetic résumé:

Q: Job applicants are often told they are overqualified for the job. This is obviously frustrating. Is there anything you should do in such a situation?

A: From a Deloitte perspective, we hired based on how well an employee's qualifications meet our needs. Employers will typically hire the person with the most recent applicable experience. But if you're qualified and get that feedback at a company, ask the question, "What would make me more qualified or a good fit?" Don't be pushy, but sometimes "overqualified" could be a codeword [for anything the company might not want to say]. Treat even a let-down as part of the process. Never just take "no" as a full "no."

Well I guess after this everyone special enough to get hired at Deloitte can puff out their chests and feel accomplished for being part of the elite 50,000 who made the cut.

Remember those Bud Light Real American Heroes/Real Men of Genius TV and radio ads that were popular 20 years ago? You know, the ones that featured Survivor lead singer Dave Bickler and saluted such folks as “Mr. Giant Foam Finger Maker,” “Mr. Footlong Hot Dog Inventor,” and “Mr. Male Football Cheerleader”? My favorite one was […]

Why Pretty Much Everybody Should Major In Accounting