Latest
Tonight Marks the Very First CPA Exam Score Release Since the Launch of Continuous Testing How’s Your Remote Plan Going? What Worked and What Didn’t? It’s Time to Move Forward Awarding Deloitte a New State Contract Just Goes to Show That Florida’s Leadership Is Dumb Layoff Watch ’20: Hearing EY Mexico Is Cutting People and Pay This Deloitte Veteran Made a One-Pager of His Career Highlights on His Way Out the Door
Open Items › Category: Firms › PSA – Larger Mid-Size Firm with potential to blow up!
-3 Vote Up Vote Down

Hahahahahaha – this might be the greatest thing I’ve ever read for so many different reasons, most of which I wont bore you with, EXCEPT FOR bullet point #3.  Ya see, while none of it really surprises me, I can’t really speak to the majority of what has been written above as I personally left that firm to go private almost a decade ago (yes, I realize this is going to be hard to believe, you might even tell me to “GeT out”, but I cracked the not so subtle “capital letter code”!).  Anyyyyways, as it relates to #3, I can vividly remember being on that email chain and proclaiming to the other email recipients that the sender would 1000% regret sending that, particularly given the heritage of the Partner on the email sender’s largest engagement.  So while I warned that even being a part of an email chain like that was dangerous, let alone being the actual sender, I was basically laughed at all the way from Broad St to Bayonne and beyond!  But now this moment if my vindication.  Might be 6 or 7 or 8 years later, but totally worth it!  I might not have any idea of who wrote the above, or who the the author is even referring to, but I have to imagine the guy who sent that email is SWEATING BULLETS in fear of that email coming out, especially when you consider that he’s now a partner over there, and that can’t be a good look.  As for my guess on who the actual mystery man is (sorry #metoo, but that firm was like 90% male when I was there, so I gotta assume it’s a guy), I imagine the Greek Freak is the leading contender, as that dude has been there almost 20 years and still isn’t a partner, and that 20 years isn’t even really an exaggeration since he legit couldn’t pass his CPA exam and was a senior for legitimately 10 years, which also isn’t an exaggeration.  Tack on the fact that I think he went to the same highschool as the sender of the email, and had probably already graduated before the sender even was a freshman, and that sounds like enough envy ammunition to go this route.   But then again, he was always kind of a moron (see above re: 10+ years to pass CPA exam and staying almost 20+ years at firm that he clearly is never going to advance at), so now I’m seriously doubting he actually has (or ever had) the brains/generally savvy to actually think to retain all this info.  Oh well, he’d still be my guess, but that’s only because he’s basically the only person still there from when I was and that isn’t currently a partner! LOL
And to paraphrase the author above, please take everything written here with some sort of a grain of salt, as I have also done nothing to validate the above author’s information, and everything else is subject to my severely alcohol impaired memory!  (EXCEPT the email – that happened!) And since I’m already stealing from him, I’ll steal his sign off too… hopefully this has reached its intended audience (actually don’t worry about that – bc I will be emailing old colleagues shortly!) and GOOD LUCK everyone!  enjoy the weekend!

2 Vote Up Vote Down

Damn.  I was really hoping the capital G and capital T used in the 1st post was an unfortunate coincidence, but i guess we shoulda known those dont really exist, as that “Broad St” reference in the 2nd post is clearly a dead give away this is GT in NYC.  right?  does anyone care to refute that?
i’ve only been here a couple years so i wont even begin to try and weigh in on the South Park email, and will be 1st to admit i am certainly no expert on office politics, but i do know there is a running joke amongst the seniors and younger managers about 1 senior manager being a complete idiot and a serious brown noser, and he has gotta be almost 40, which fits the 20+ year description.   he does constantly follow around 1 partner in particular, like an old beaten down dog just hoping he’ll finally get a treat that the whole office knows he is never going to get, such that the joke is that even after almost 2 decades, you wouldnt know if he was working for that partner as a manager or as his assistant or just his whipping boy.  so i suppose that much abuse could drive him to want to go postal on the firm using incriminating/embarrassing evidence, but i guess i just cant see him having the balls/brains to try it? or anyone trusting him enough with that type of info?  plus his name isnt overly “Greek” or anything like that, if even Greek at all?  can anyone provide any clarity on that?  i mean the South Park email cant be a coincidence, so did the 2nd post just get the person wrong?

Truthfully I don’t know how the mid size Senior/Manager gets through the day.  I traded down to a small firm life 10 years ago and while I have given up 20% of my comp, I have acquired 300% more life.  I drop my kid at school, home for dinner and I work maybe 10 Saturdays a year.

OK – but what level did you switch over? cant imagine you did it you were at least a manager right? and you realize 20% of your comp in the northeast could be the difference between a studio / decent shared apt w roommates in Manhattan vs an apt in the outer boroughs, which is a HUGE difference.

either way, while there appear to be a bunch of loaded comments meant to indicate this is GT, can anyone actually confirm this 100%? obviously there are a bunch of us interns / soon to be 1st year associates that would really like know, so even just a post saying “100% GT” would be a great help! especially since most of us have offers from other firms, so would much rather know now instead of picking GT and having this blow up in a few months?

if you know, PLEASE HELP!

millennials man…  just when I think I can’t possibly understand them any less, one of em goes and TOTALLY… confuses me even more!
you’re admittedly an intern AT THE COMPANY in question?!  yet instead of, I don’t know, asking people who’ve been there a couple years, your best idea is to post on a website? because THAT is where you’ll find the TRUTH!  and on a gorgeous Sunday no less?  L M A F O! (did I get that right?)
I will give em this though.  perhaps the only thing less trustworthy than what you read on the internet would be the explanations you’d get from a partner at a public accounting firm if you asked em this point blank.   “errrr well it could be true?  but it probably isn’t.  either way it wont have a material effect.  so get back to work!”
my advice, ask a couple Senior II’s or Senior III’s that you hear are leaving this summer.  they’ve likely been there long enough to know enough of the office gossip to get you the answer, and wont care to “tow the company line” anymore since they are headed out the door, so you might get an ounce of truth outta them.  if this guy was forced out, the key will be to find out what his severance was.   anyone that’s been there 10+ years and been around key partners enough to potentially have that damaging info shouldn’t be able to walk out the door with any less than 120-180 days and a big fat NDA.  as much as I’d personally like to see this guy set off some fireworks, my guess is that’s how this went down.  HOWEVER, it if it was anything less than 90 days, head elsewhere.  after all, NDA or not, hell hath no fury like a senior manager passed over for partner and pushed out for less than he’s worth.
last piece of advice, you’re an intern, presumably in your early 20’s, STOP thinking about this on a Sunday!

New to a Big 4 firm — I’m in technology risk consulting rather than accounting.
What did I get myself into?!?!  Office culture makes me feel like I’m in a mashup of “Suits”  Tom Crusie’s “The Firm”.
Anyway, reading this, instead of referring to, allegedly, GT, isn’t this post just a boilerplate template for any of these companies?  Insert name of partner-based organization here __________.
I’m amazed at the amount of sleaze I see here on a daily, no, hourly basis… especially considering all the corporate emails and videos and mandatory fun videos, training classes, etc., on trust, integrity, and diversity.
My favorite part is how we bill clients tens of thousands, into the hundreds of thousands of dollars, for something they can download off of the internet for free.  We did… and rebranded the resource with the label of “toolkit” and now charge for it.  LMFAO. 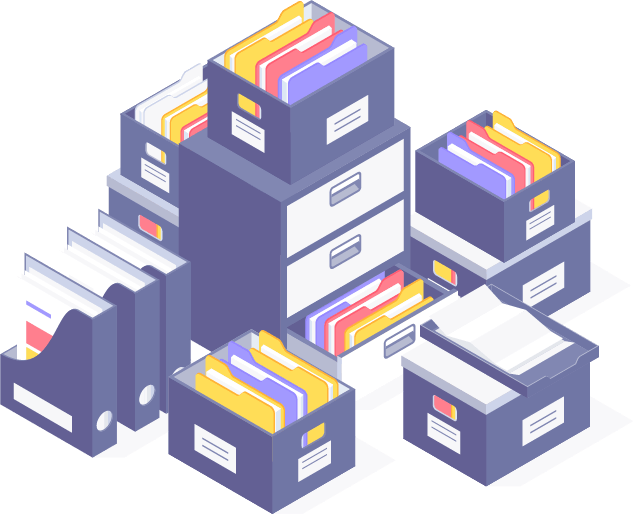 Looking for past Open Items?

We recently updated Open Items to a new format that allows for better conversation.

To view all past Open Items you can head over to the ‘Open Items Archive’ found at the link below as well as under the Open Items menu in the main navigation.