I don’t care if you’re a Republican or a Democrat; you’re an accountant, and the avert-the-fiscal-cliff legislation that the federal government crapped out at the last minute hooks you up. Sure, you’re going to pay more in taxes, but Congress was actually able to bang out some long-term solutions to the expiring tax cuts which is going to make your life easier1. 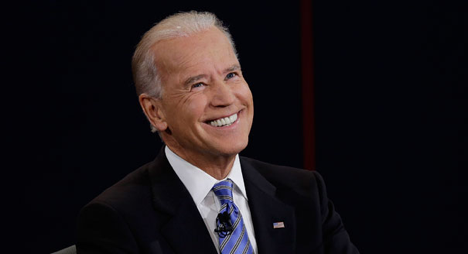 I don't care if you're a Republican or a Democrat; you're an accountant, and the avert-the-fiscal-cliff legislation that the federal government crapped out at the last minute hooks you up. Sure, you're going to pay more in taxes, but Congress was actually able to bang out some long-term solutions to the expiring tax cuts which is going to make your life easier1.

What happened?
Since John Boehner2 and President Obama couldn't get it done, the big boys had to come in to fix the problem: Grinnin' Joe Biden and Senator Mitch "No Lips" McConnell3. Due to whatever these two guys did, on January 2, 2013, the President signed the American Taxpayer Relief Act of 20124.

Are we going to take it up the tax hole?
Not nearly as much as we could have. Here are the main provisions:
What's the deal with the spending cuts?
Despite the "permanent" fix for the tax situation, the solution for the spending cuts was pretty much the opposite; they were simply delayed for two months. There's a Bob Dylan song that lasts longer than two months. Delaying the cuts for two months can't even be referred to as "kicking the can down the road" unless you kick like a girl.
What else should we know?
I'm not going to lie to you. There is a lot more to it. But, you know, the fiscal cliff cliff.
1 Unless you're in audit, then you're just going to pay more in taxes.
2 I know. It totally looks like it should be pronounced "boner."
3 Fun Fact: Sen. McConnell has never had a stroke despite the fact that he appears to have lost the use of both sides of his face.
4 According to the Constitution, a bill can have the prior year in its name if legislators sign it while still hungover from the previous year.
5 Please note: any sports references in my articles are the result of a half-assed google search.
6 Not together.

COVID-19 may be the newest exacerbator of high blood pressure in humans, and it is having an effect on another well-known catalyst for stress, SALT. But this is not your old-fashioned table variety we are referring to. In the accounting department at the University of Maryland’s Robert H. Smith School of Business where I teach, […]

Americans get three extra months to file their 1040s, per this tweet from Treasury Secretary Steven Mnuchin. At @realDonaldTrump’s direction, we are moving Tax Day from April 15 to July 15. All taxpayers and businesses will have this additional time to file and make payments without interest or penalties. — Steven Mnuchin (@stevenmnuchin1) March 20, […]

Wirecard Drama of the Day: At Least This Wasn’t EY’s Fault