As you may have seen by now, the U.S. government has recently released data on which companies received PPP funds, and anyone with more than $150,000 from Uncle Sam in their pocket had some ’splainin to do had they also laid off staff en masse. We figured a few accounting firms would be on the list, and thankfully no one around here had to dedicate half a day searching for them as some bored guy (or gal, I guess I’m being sexist assuming everyone on the Internet is a dude and I of all people should know better) waiting on requested client information did it already. That list, however, only covers the Accounting Today Top 100 firms.

What we’ve done is take bored OP’s list and cross-check it with our coronavirus layoff tracker, which lists 62 firms that have laid off staff and/or cut pay since the COVID-19 pandemic got rolling hard in March. Keep in mind, however, that our list also contains a few international arms of larger firms, so obviously those won’t appear on any SBA lists. You should also remember that our layoff information is based on tips and internal information we’ve received from within those affected firms. We shouldn’t assume that just because a firm does not appear on our list it did not lay anyone off, rather that our focus is on larger firms and therefore it’s more likely for readers at those firms to engage with our team to report layoffs. Make sense?

Before we get to the numbers, if you want to double-check your firm isn’t (or is) on the list, ProPublica’s got you. They created a tool that will let you search the government data by organization, business type, or even just by ZIP code if you want to see if your favorite local dive was able to take advantage of this program to save their business. You can also access the data directly from the Department of the Treasury, just keep in mind you can only download a .csv by state and do your digging from there. There are hundreds — if not thousands — of accounting firms listed, so we won’t be going that deep into the data. And only loans of greater than $150,000 are listed by company name; those who received less were not included in more detailed government data.

I can’t be arsed to dig up my Scribd login so here’s the sheet in JPG: 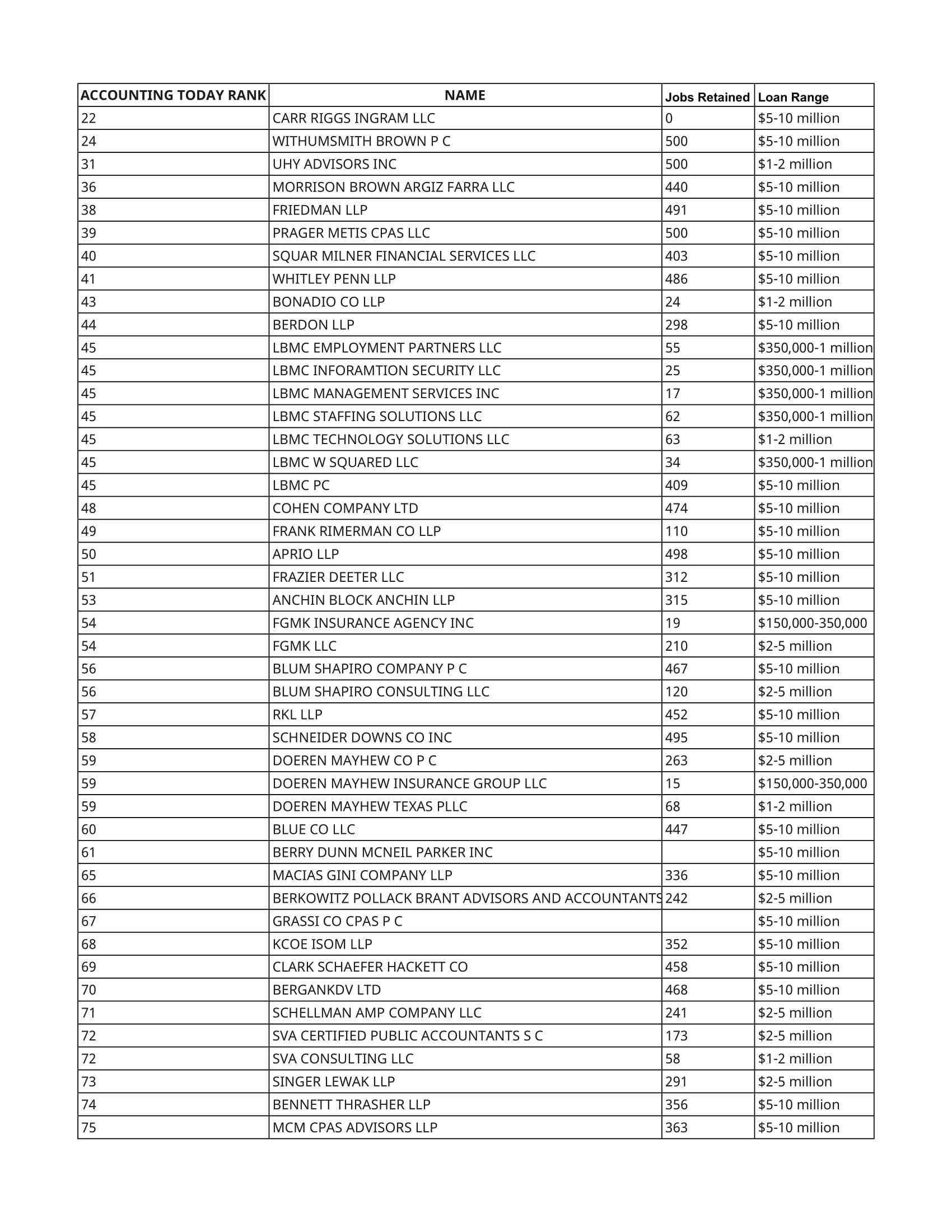 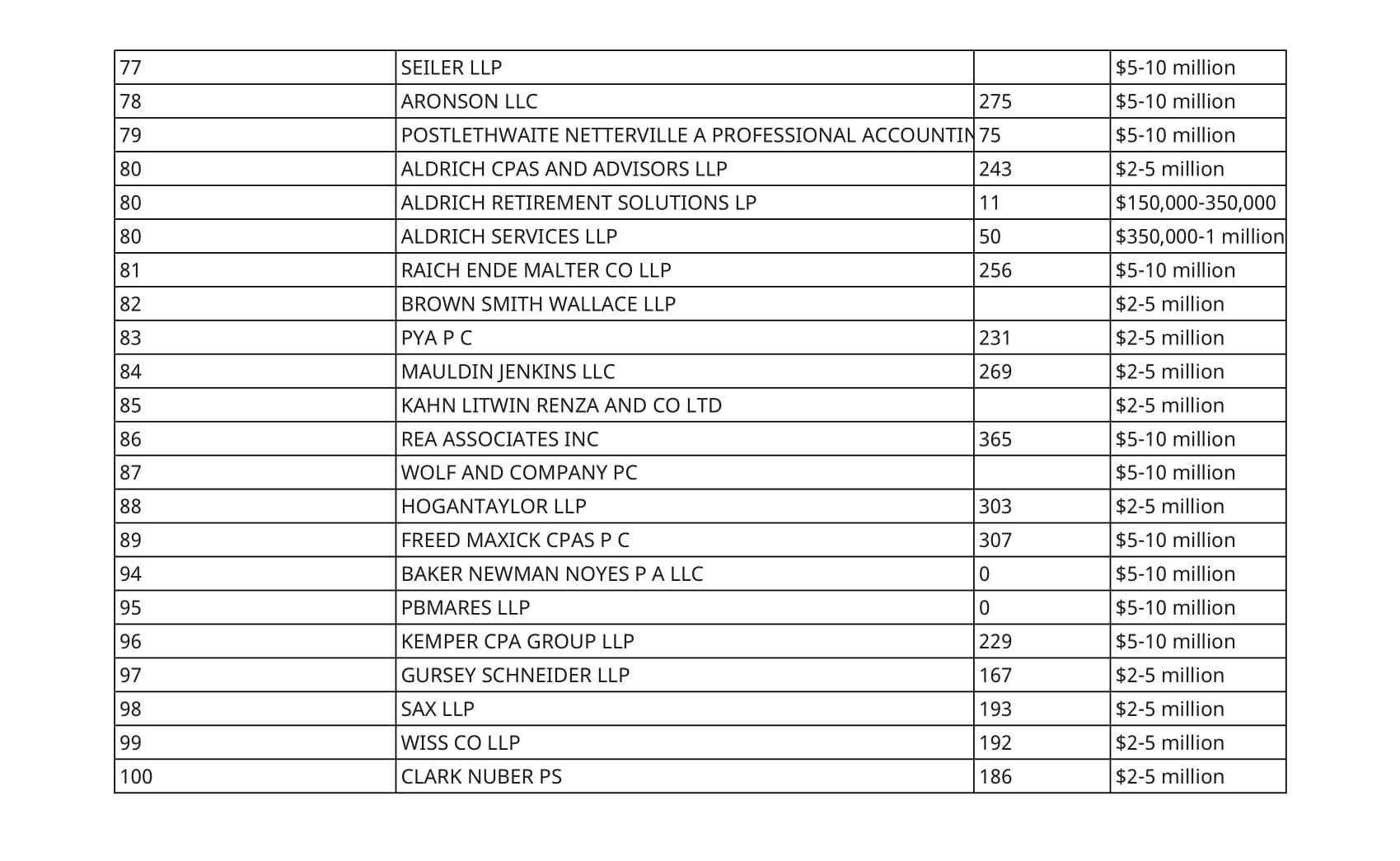 Of the 68 firms on the Reddit spreadsheet, eight of them appear in our layoff tracker. They are as follows, ranked by position on the Accounting Today Top 100 from highest to lowest.

We were originally tipped to other firms on our layoff tracker appearing in the PPP loan data; however, we weren’t able to find anything when searching the database.

The SBA has said that all companies which received PPP loans will have to provide data for number of jobs retained in order to receive loan forgiveness, as the loans were specifically intended for this purpose.