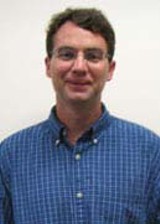 This kind of reminds me of that very special Golden Girls episode where Blanche went to college to finish her degree and was propositioned by her professor to get some "extra credit." Even though she was a total slut, she was completely offended at the very suggestion. At least in that case, though, the professor was up front about being a skeevy perv.

Here's what we know: a former San Francisco State University accounting professor is accused of inviting a handful of current and former students over to his house to party and secretly filming them when his guests used his bathroom:

Landis is no longer a member of the faculty, having resigned July 18, according to SFSU spokeswoman Adrianne Bee.

This all started last November, after a student who went to Landis' place to party had to, uh, answer nature's call. While in the bathroom, the student observed a suspicious tissue box that seemed to have a flashing light in it. Upon investigating the box, the student found a camera, snatched the memory card out of it, and "examined the contents" of said memory card. The memory card contained "many instances of guests being filmed in the bathroom." At the moment, there are 15 victims in the complaint but the D.A.'s office says there may be more.

For now, Landis is out on $100,000 bail and returns to court July 29. The District Attorney called Landis' alleged actions "egregious." More like really freaking creepy but whatever.

As far as inappropriate behavior by accounting professors goes, we have to say this is a notch less egregious than the Kennesaw State University professor who stripped in class for no apparent reason. But still a lot more egregious than simply throwing a party for students at your house — which is questionable at best — and not recording their trips to the porcelain throne.

At this point, all of us have been affected by the Rona in one way or another (or many as the case may be), and I don’t need to waste precious word count rambling on about it. For some, the hit has been mostly a financial one, as we’ve seen week after week in the form of […]

While everyone is trying to balance staying healthy with having something to wipe your ass with these days, one big concern we’ve been seeing is whether or not accounting grads should count on their existing offer letters or consider printing out those recruiter emails to use as TP. It’s a valid concern, no one knows […]