PCAOB fined Whitley Penn $200,000, three CPAs for really crappy auditing
Back in March, the PCAOB disciplined top 45 firm Whitley Penn and three of its partners for ignoring the fact that there are PCAOB rules in place for public issuer audits. With all the coronavirus hysteria that has been going on, we failed to talk about this a couple months ago. But we are now.

The punishments are as follows:

The reasons for these “stiff” penalties are:

Here’s a nice, little synopsis from the PCAOB disciplinary order on how Powell, Babb, and Lawlis screwed things up: 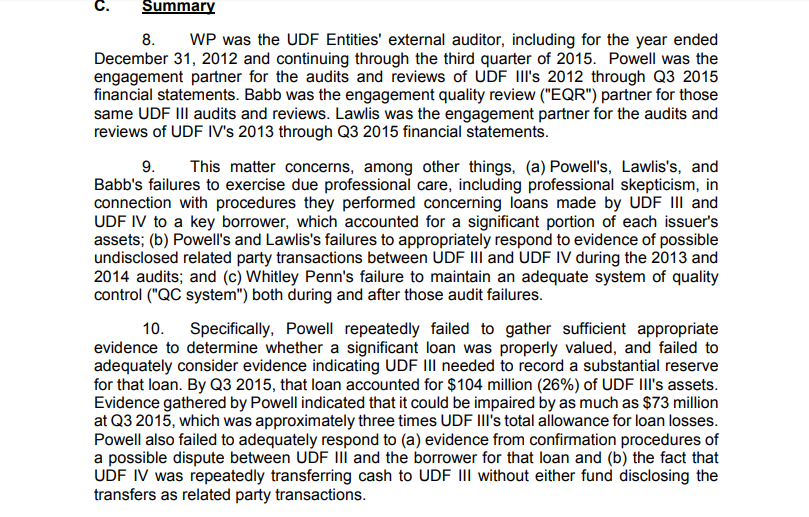 Walsh, 62, James Collins, 50, CEO of Evanston-based Honor Finance LLC, and Robert DiMeo, 49, the company’s COO were charged with mail fraud on May 15. The men are accused in U.S. District Court with diverting money owed the company between 2011 and 2018 to Skokie-based shell company, LHS Solutions Ltd., which they controlled.

The defendants used the outside entity, Skokie-based LHS Solutions Ltd., to purchase GPS devices and then resell them to Honor Finance at a significant markup, the indictment alleges. Honor Finance required that GPS devices be installed in certain vehicles purchased with loans it financed, so that the vehicles could be located and repossessed if the borrowers defaulted.

Wright, 64, stole some $1.01 million from 245 clients over a six-year period from January 2010 through to April 2016. He pleaded guilty last March to one representative charge of theft by person in special relationship brought by the Serious Fraud Office (SFO).

The SFO said the tax refunds intended for Wright’s clients were deposited in his accounting practice’s trust account. He then spent the refunds on gambling, friends and family, school fees, and loan repayments.