It’s been a little more than two months since the world came to an abrupt stop and most of us got locked inside. While some people have been enjoying having the permission to day drink and binge Netflix on weekdays, others have been feeling cagey for some time now (*raises hand*). Still others aren’t even wearing pants.

According to a recent survey of users, Fishbowl found that one in 10 professionals are video conferencing in their skivvies. I mean, why not I guess.

Of these, men were three times more likely than women to report going pantsless on Zoom, with men coming in at 14.27% vs 4.72% for women.

Check out that 3% who are still putting on a suit to video chat. Y’all have our respect. Meanwhile, more than 75% of respondents are at least putting on some kind of pants, even if those pants are meant for sleeping in. As a seasoned work-from-homer, I can say with confidence that leggings and a T-shirt have long been my Zoom uniform of choice. Maybe a flannel if it’s chilly in my apartment. I have never once Zoomed in my drawers, I imagine my colleagues would report the same. At least I hope so.

In addition, more than half of women surveyed responded that they have completely stopped wearing makeup, while on the men’s side 29.78% have given up shaving. 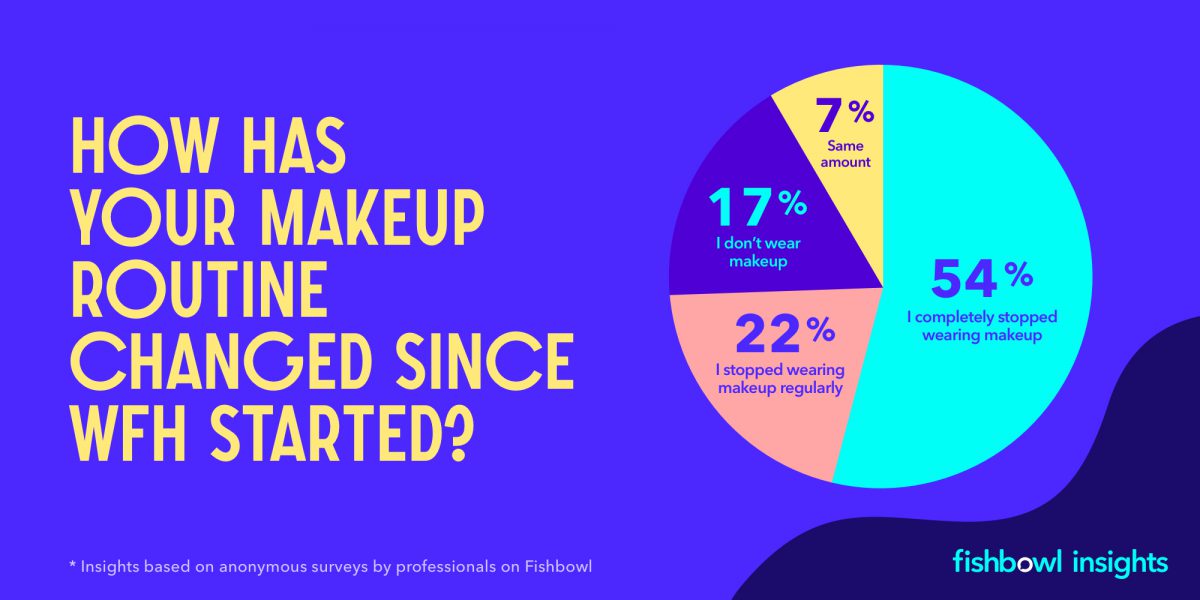 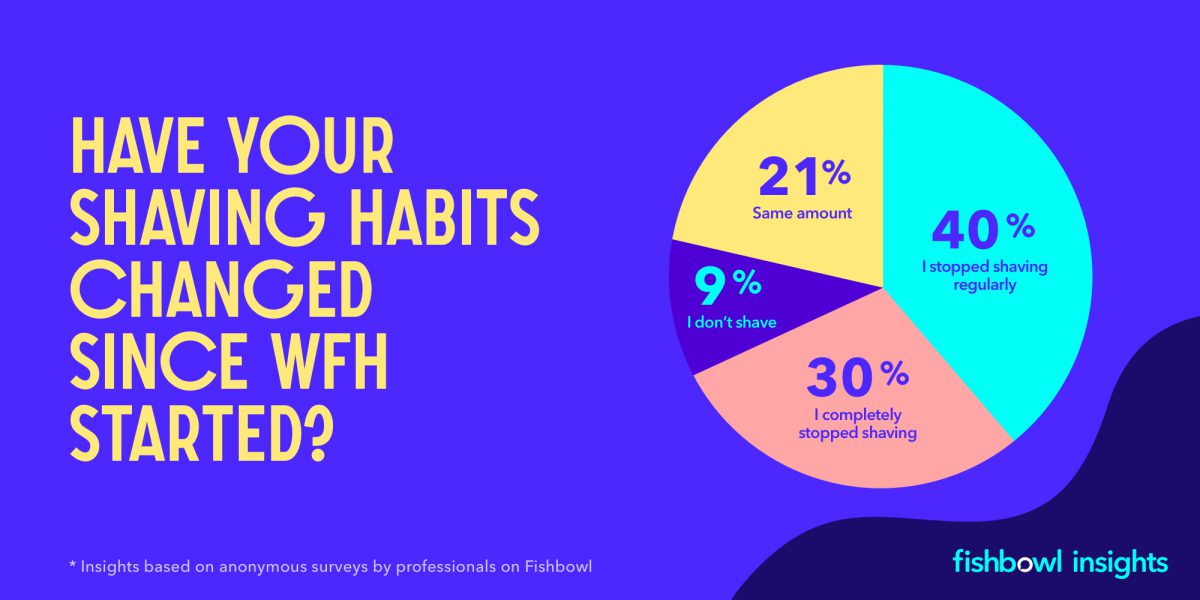 In an earlier Fishbowl survey, we learned that 42% of employees say they drink while working from home.

Has anyone considered how strange it will be when we emerge from our coronavirus cocoons and have to put on normal clothes? Will your old work clothes even fit? Surely all that day-drinking and stress-eating is starting to make its way to some of your hips and guts.

We’ll leave you with this. Oddly enough I already had this meme saved in my phone because who can’t relate right now? Please take care of yourselves. Don’t worry too much about the pants, they’re non-essential in this strange time.